What is the BBCOR standard? Do I need to use a BBCOR bat? These are some of the common questions that have arisen since the introduction of the BBCOR standard. And we are here to put all things BBCOR into perspective.

BBCOR is an acronym for Batted Ball Coefficient of Restitution. Sounds super complex, right? It’s not! The BBCOR standard regulates the total amount of energy lost when a baseball comes into contact with the bat. The higher the BBCOR score, the greater the trampoline effect the baseball bat has. A high trampoline effect, as you might be aware, can lead to severe injuries, especially for young baseball players who might not know how to handle the bat or react to baseballs moving at super-fast velocities.

The National Collegiate Athletic Association (NCAA), together with the National Federation of State High School Associations (NFHS), settled on the score of 0.50 as the maximum acceptable value that can be achieved by BBCOR bat. The 0.50 mark is slightly higher than the BBCOR score of a wooden bat.

Why was the BBCOR Standard Created?

The BBCOR standard took over from the initial BESR standard. The BESR standard was an acronym for Ball Exit Speed Ratio and was the standard bat regulation for high school and collegiate baseball leagues. The BESR certification was used from January 1 2003, until late 2010 before it was replaced by the BBCOR certification. The main flaw that resulted from the use of BESR certification was that it did not regulate the speed of a batted baseball. Instead, its focus was on ensuring the ball-exit-speed-ration was equal or less than the velocity of a baseball hit from high-quality wooden bats of a similar length.

While the BESR standard was deemed successful in its own right, it still had several loopholes when it came to player safety. The increase in injury levels for college baseball players prompted the review of the BESR standard, especially since pitchers were at an increased risk of sustaining injuries due to increased acceleration of batted balls.

The BBCOR standard replaced the BESR certification in 2011 and helped reduce the speed of batted baseballs by up to 5%. Bats with composite barrels were also not left out as they have to pass the ABI ((Accelerated Break-In) test to guarantee that they satisfy the BBCOR standard at their peak performance.

The BBCOR standard has, up until now, increased the safety of pitchers by reducing the overall velocity and acceleration of a batted ball. This has played a vital role in reducing the number of injuries sustained by pitchers who receive balls hit by non-wooden bats. 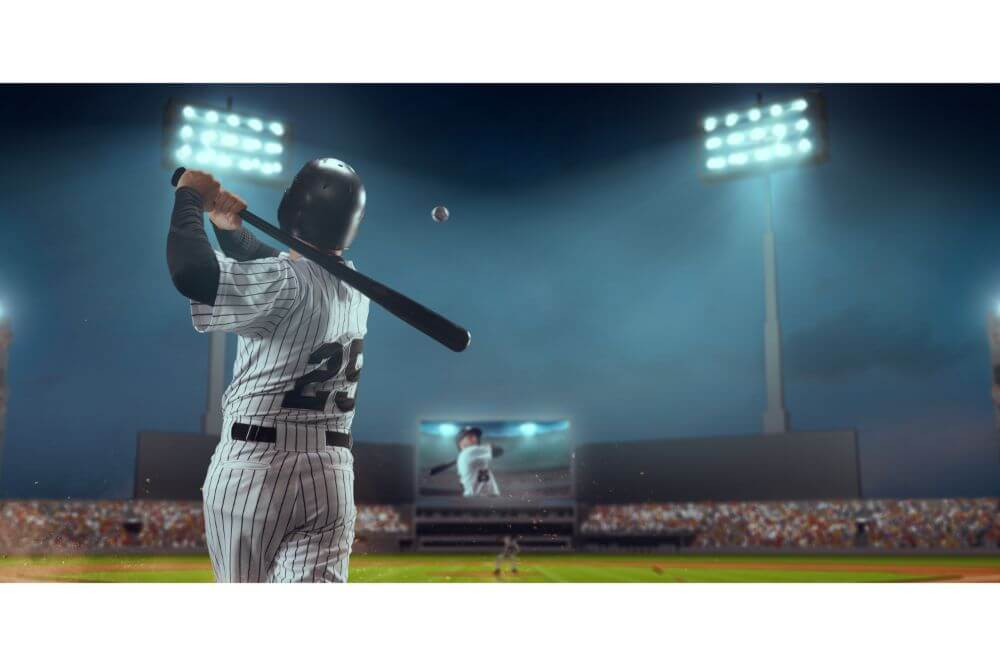 Do you need a BBCOR Bat?

Well, if you play in a league regulated by NCAA and NFHS rules, then your bat must be BBCOR certified. Older divisions of youth baseball leagues like little league, PONY, Babe Ruth, USSSA, and Dixie may also require one to use a BBCOR bat since some of these divisions have high school students or those about to join in a year or two. As a result, BBCOR certification might be a requirement for bats with composite barrels.

It is advisable to check with the rules of your division of interest to determine the appropriate bat to select.

How to identify a BBCOR bat

All BBCOR certified bats that are non-wood will carry the BBCOR CERTIFIED.50 logo, which serves to indicate that the bat has passed all tests and is safe for use in NFHS and NCAA play. We recommend checking to confirm whether a bat is BBCOR in the list of NCAA certified baseball bats provided by Washington State University.

What are BBCOR Bats Made From?

BBCOR bats, as you might be aware, are constructed with composite materials or aluminum alloy. Alloy bats are usually strategically mixed with potentially strong metals to create a powerful, sturdy aluminum alloy that can produce a great hit.

Composite bats, on the other hand, are usually made from a mixture of fiberglass, graphite, carbon fiber, and at times, Kevlar. Some BBCOR bats comprise of alloy barrels blended with a composite handle.

Alloy BBCOR baseball bats come with a 1-piece design and a thin barrel designed to have responsive walls in a bid to increase pop upon contact.  Composite bats, more often than not, feature an aesthetically appealing 2-piece construction that makes them uber light and more flexible than a 1-piece alloy bat. Hybrid BBCOR bats are increasingly becoming popular as they feature a 2-piece design characterized by a composite handle and an alloy barrel. Hybrid BBCOR bats are light enough to allow for a good swing, and the alloy barrel increases the chances of a strong, sturdy hit.

Why use BBCOR Certified Bats?

BBCOR Certified bats have come in handy in standardizing high school and collegiate baseball games. Before the introduction of the BBCOR certification, most baseball games were becoming increasingly offensive, especially in regards to runs scored and home runs. This took away from the game since weak hits would still evade the pitcher despite not being worthy of a home run.

BBCOR bats help increase the safety of young players, who, as expected, lack expert baseball handling skills that pro baseballers possess. The 5% reduction in baseball hits has come in handy in reducing baseball-related injuries that arose from the high speed of baseballs once hit by a bat.

Fair play is also another benefit that arises from BBCOR certified bats. Unlike before, when players received some assistance from the bat’s composition, players will be required to use their personal power and skills to make good hits. This has improved fair play in high school and collegiate tournaments, making it easier to spot individual talent.

**Always cram before or during a baseball game? Here are some tips about the things to remember before playing!**

USA bats and BBCOR are hugely similar, especially when it comes to functioning and performance. USA bats have hit speeds similar to BBCOR certified bats, which makes them appropriate for young players about to graduate to High School baseball where BBCOR bats are used exclusively. The main difference, however, is that USA bats lack the -3 length to weight ratio, meaning they are much lighter and appropriate for use by young players.

BBCOR Certification in a Nutshell

Although the NCAA and NFHS appear comfortable with the performance of BBCOR certified bats, there is a slight possibility of further modifications in the future to increase the safety of the game further. As it stands, the BBCOR has been instrumental in preparing high school baseballers and their college counterparts for the tight regulations of the major league.

The BBCOR logo is not compulsory for bats that are 100% wood- but you will need to be careful as you will need a BBCOR certification if your wooden bat is made from bamboo or a blend of solid wood materials.

To avoid making wrongful baseball bat purchases, we recommend checking for the BBCOR certification that must be present on all NCAA and NFHS regulated bats.