One of the seat gripping highlights of any baseball game is base stealing. It is a brain game that activates a player’s mathematical and analytical skills. The underlying equation for a successful stolen base requires that the time a player takes to run between first and second base should be less than the time a pitcher takes to deliver the ball to the plate, and the time the catcher takes to throw the ball to second base.

Base stealing is a calculated risk whose probability for success depends mainly on the base runner’s sound judgment of the situation at hand. Its undertaking is something that is at the heart of baseball games, which creates memorable moments for fans. Before we dive into the specific tips and tricks to steal bases faster, let us look at some of the top-level typical dos and don’ts guiding base stealing:

Here Are the Tips and Tricks to Steal Bases Better

The runner should keep eyes on the pitcher at all times and his feet beneath him, ready to move in either direction. This means the lead length should be long enough to steal successfully and short enough to return to his base if and when required.

Breaking for the Base

As soon as the pitcher breaks towards home, the baserunner should be ready to move. Players should be careful not to cross up their feet and maintain their balance while they shift towards a sprint. Focus is critical; avoid distractions such as trying to locate the ball.

Running to the Base

The first two or three steps are the most essential, and baserunners should start low before gradually straightening out. This is important as it allows a perfect transition from a stationary position to maximum effort sprinting.

Mostly use a slide step to deliver a pitch to home plate. As long as the first movement is towards home plate, the runner should be taking off immediately. If a righty is attempting a pickoff, his right foot will most likely move off the rubber, and this is your signal to return to your base quickly.

They rarely use a slide step, and the first move base is highly risky. If the pitcher’s leg swings behind the rubber, he is likely to throw home. It is ideal to wait for the left-handed pitcher to break the plane and move backward towards either second or forwards towards the plate.

Use a Crossover Step

Many players lift their right foot first, which is a wasted step because it does not get you closer to the next base. A crossover step is an efficient and powerful move that is achieved if a player rotates his hips and shoulders as he pivots his right foot and transfer weight over the right foot. This allows him to drive his feet into the ground and propel into the sprint, starting with the left foot.

Three key questions determine your decision to go for the pitcher and catcher in a bid to steal a second base:

This enables the runner’s body to move faster to beat the tag and to stop on the base. It is best to slide in a straight line. 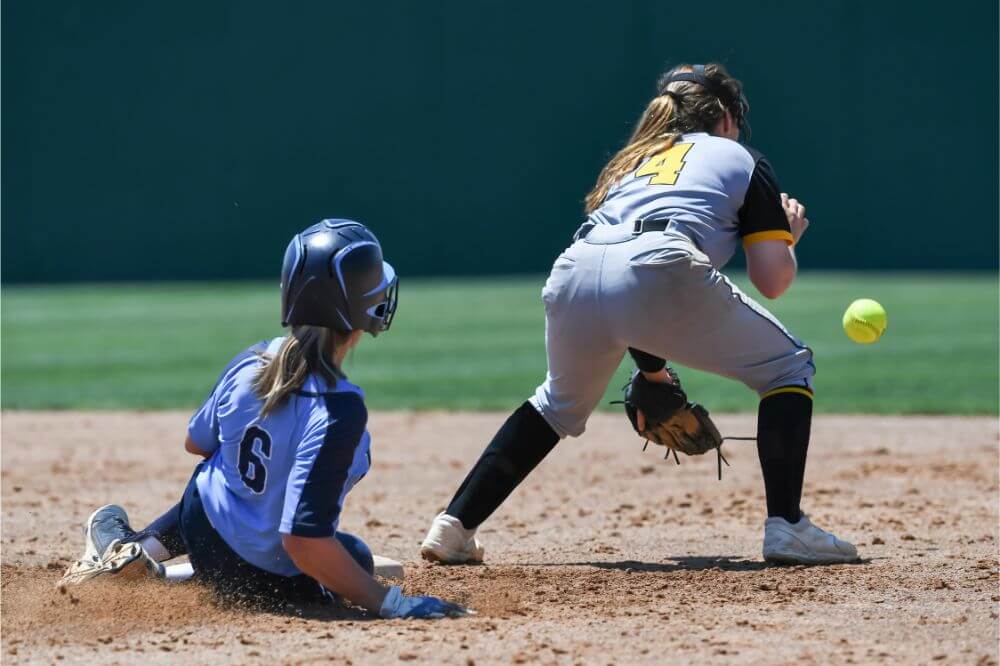 **Baseball is not just about swings, learn some of the Rules You Need To Know In Baseball here!!!**

Understanding the Rules of Balks

Now that you are equipped with knowledge on how to steal bases better, it is equally important to understand some of the illegal tricks of the game to avoid unnecessary fines and losses.

In simple terms, a balk occurs when the pitcher intentionally tries to deceive the runner or hitter. It is an illegal move such that when a balk is called when runners are on base, all the runners move up one base. Quick looks into deceptive signs that can be declared balk include but are not limited to:

You can find more details about balks and their rules here http://mlb.mlb.com/mlb/official_info/official_rules/pitcher_8.jsp.

Experts and players have said much about the tips and tricks to steal bases. After all, has been said and done, the most crucial ingredient for a victorious steal is confidence. Once a player commits to stealing bases, he must trust his judgment enough to follow through and complete it. Any doubt should be an automatic prompt to abort the mission and wait for another chance to attempt.

Related Post: How To Mark A Baseball Field, and what’s with the chalk line?