We are here to provide you with all the vital baseball questions you might have, and this is no exception. For starters, a baseball bat is said to be dead when it loses its power and does not have the level of pop batted baseball speed or exit velocity) it used to have.

So, when the performance of your bat decreases, or instance when your metal bat now hits like a wood bat, it’s dead.

Having sorted out what a dead baseball bat is, it’s now time to know how to tell when yours is gone.

What to Look for in a Dead Baseball Bat

A dead baseball bat will exhibit certain qualities that indicate it has completed its lifespan. These qualities include:

Let’s briefly explain what to expect in each of these signs that you have a dead baseball bat.

Physical signs such as splinters and cracks

Physical symptoms that tell you your bat is dead mainly depend on the material used to make the bat. Aluminum baseball bats usually dent when dead.  You’ll easily spot these dents by running your hand across the length of the barrel.

For composite bats, the signs include cracks, dents, and massive cracks, which at times split the bat in half.  If the bat is dented, it will negatively impact on its performance. This dent might be an early warning sign that your bat is on its way to becoming a dead baseball bat.

This is most likely, the first thing you’ll notice if your baseball bat is dead. As mentioned at the beginning, you’ll see a decrease in pop; your baseball will not fly as fast and as far as it usually does when you hit it with the same force.

But if you are using a composite bat, a reduction in performance does not necessarily mean the bat is dead. This kind of bat requires time to break in. I might take about 150 to 200 swings for your composite bat to break in and achieve peak performance.

The only sure way to use performance to tell whether your composite bat is dead is by gauging its performance past the break-in period. It’s only after you’ve experienced the bat its full power, and then you notice a drop in its pop that you can conclude the bat is dead.

No two bats sound the same on hits; each bat has its peculiar sound, and you are accustomed to the sound your bat produces on hits. If you notice there’s a difference in that sound, the chances are that the bat is already deteriorating in performance.

In such cases, you’ll notice the sound is produced when you hit much duller than usual.

First, get a newer but identical bat that a more experienced player tells you isn’t dead and then knock it. This newer bat serves as a reference point on the quality of sound that the knob is supposed to produce.

However, don’t hit the knob on the ground; instead, use a pliable object such as a wooden mallet to lightly but firmly hit the knob.

If your bat produces a much dimmer sound compared to the reference baseball, know it is dead.

Handle Gets Pushed into the Barrel

If yours is a composite bat, you must have noticed it’s a two-piece construction, a handle, and a barrel. The two pieces are brought together using a connection piece. On rare occasions, the connection piece may fail, and the handle starts to slide into the barrel.

Such an eventuality will compromise the performance of your bat and ultimately leave you with a dead baseball bat sooner than later. If you notice a warranty covers this problem and your bat by that time, have it replaced immediately before the worst happens. 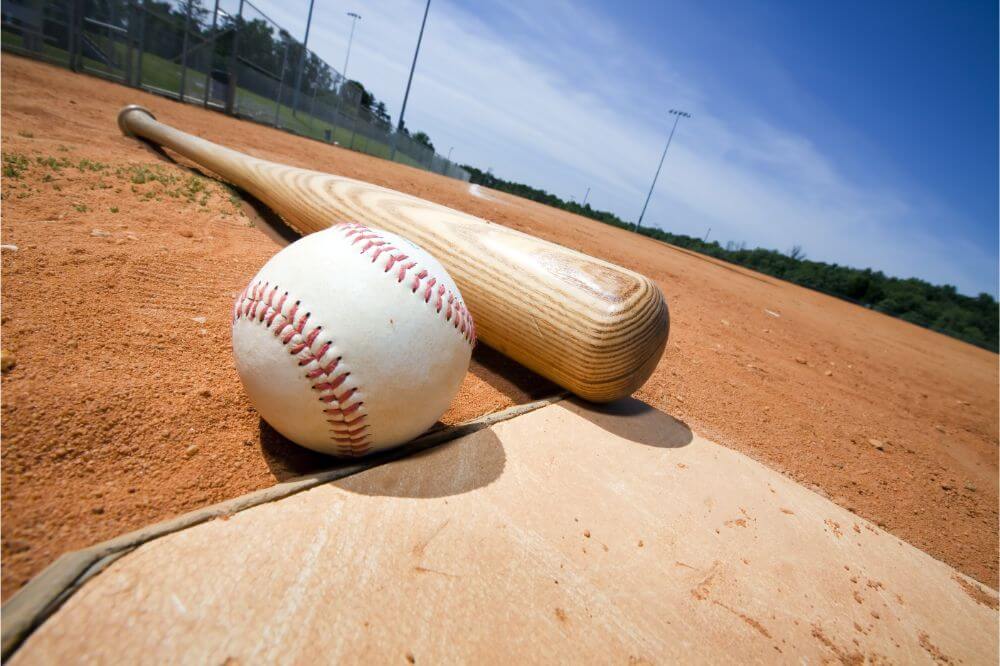 When Should You Replace Your Old Baseball Bat?

It’s god practice to check your bat thoroughly for any damage or excessive wear at least once a year. This will help you carry out early diagnosis and determine its condition. If it shows, any of the above signs know it’s time to get a new baseball bat.

If you want your baseball bat to last long, you have to take good care of it. The following tips will help you give your bat a long and fruitful life in the field.

After every game, wash your bat with alcohol as this will get rid of dirt and any other build up that finds its way onto your bat as you play. Other than compromising your grip, dirt and other build-ups hasten the deterioration of the bat hence shortening its lifespan.

Be mean with your bat

It’s great to be generous but not with your baseball bat. Avoid sharing your bat with every other teammate. Some of your colleagues might not handle the bat with due care, but if the bat is mishandled and either get damaged or dead, it’s you to suffer the consequences.

Ensure you keep your baseball bat dent free and always fix any fractures as soon as you see them. Lastly, ‘ always keep the bat upright at all times.

With these insightful pieces of info, you can now tell, like a pro, whether the bat you have is dead or not. This will help you know when and if you need to replace your old baseball bat. Besides, you now have vital tips that’ll make your bat live its full lifespan without dying prematurely.