The Difference Between Softball and Baseball Bats

In this read, we will discuss some of the major differences between the two bats to help you understand more about each sport and the required bat specifications.

Point to note, though, baseball bats and softball bats have no distinction at the youth level (Little League Baseball and Softball). You can use either bat when playing in the little league as the standard bat is the 30-inch youth bat.

Read on to uncover some of the major differences between baseball and softball bats. 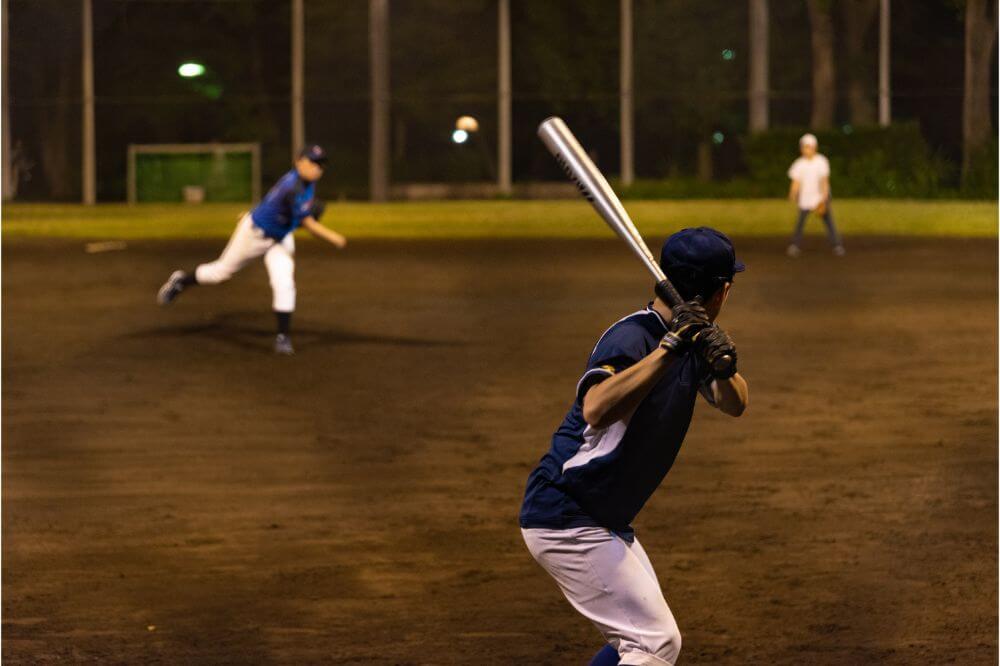 Adult baseball bats have a smaller weight range due to the minus three rule, which was strategically imposed by the National Collegiate Athletic Association (NCAA) to reduce the performance of ‘hard hitting’ aluminum bats. Therefore, for a baseball bat that is 32 “in length, the average weight should be in the range of 31 “, 30 “and 29 “and not anything below 29 “.

In major league baseball, players are allowed to use only wooden bats, meaning the minus three rule does not come into play.

All major league bats should be made out of solid wood, and since the handle usually breaks when made to be extremely thin, the average bat weight in pro baseball leagues is usually 32-34oz.  Wood bats have slightly thicker handles when compared to composite or metal bats. The thick handles help reduce the frequency of breaking. Major league baseball bats, which are usually wooden, tend to have more rounded barrel ends than composite or metal bats used for high school or college tournaments.

Related Reading: Illegal Softball Bats, some bats have been regulated.

Another significant difference between baseball and softball bats is the barrel diameter. Baseball bats have a wider diameter compared to those of softball bats. NCAA high school and college rules specify that adult baseball bats should be 2-5/8 “in diameter.

Adult baseball bats usually have longer handle diameters as compared to those of softball bats. Wooden baseball bats have thicker handles to reduce the break frequency. Softball bats, in most cases, have a taper whose width increases gradually to a maximum diameter several inches from the barrel end.

The stiffness of the barrel also differs from softball to baseball bats. Baseballs and softballs have different elastic properties since modern softballs can be harder than baseballs depending on whether one is measuring dynamic or static stiffness. The average baseball coefficient of restitution (COR) stands at 0.55, meaning that it will bounce back with over half its original speed when thrown against a solid and hard surface.

On the other hand, softballs come in a range of COR values, with most falling under the range of 0.4, 0.44 and 0.47. The COR value describes the energy loss that results from the ball’s deformation as a result of internal friction.

The trampoline effect arises when a hollow bat’s barrel squishes upon impact with either the softball or baseball. Thus, the bat barrel plays the role of a spring as it stores energy that would otherwise be lost to the ball’s internal friction as a result of compression upon impact.

The bat barrel expands, returning the majority of its stored energy to the ball, consequently resulting in faster speeds than wood bats would allow since they do not have a trampoline effect.

A softball bat with high performance will have a hoop frequency of approximately 1200Hz; most ASA approved bats have hoop frequencies above 1500Hz.

Matching the Bat to the Game

Remember, baseballs and softballs have varying elastic properties resulting from the use of different materials during manufacture. Softball bats, for instance, are not designed to handle the massive forces that result from baseball-related impacts.

Using a slow-pitch bat in fast-pitch softball will lead to difficulty swinging the bat due to the resulting large moment-of-inertia, which will probably affect your hit due to slow bat movement. For information on baseball swing trainers read our [Full Guide].

Although one might be tempted to think there is not much difference between softball and baseball bats other than appearance, there exists several variances, as is evident from the above discussion.

As such, you will need to be extra careful when selecting a bat for your preferred sport. Keeping factors such as bat weight, length, and trampoline effect in mind will enable you to select the most appropriate bat, depending on whether you are playing softball or baseball.

It is not advisable to use softball and baseball bats interchangeably as they can lead to damage or mishits during a game.

Since bats vary from league to league, it is important to select NCAA approved bats for official tournaments. When selecting non wood softball or baseball bats, be sure to check on the length-weight ratio, keeping in mind the -3 rule, which dictates the appropriate weight range official use.