Baseball talk ensues in most settings, especially among the millennials. Often, someone in your group of baseball fanatics may have thrown in a new term, and you were too embarrassed to ask its meaning.

Maybe, you’ve decided to start watching baseball but cannot comprehend anything being said by the commentators.  Besides striving to follow the game, you’ll end up a confused spectator. You might follow the score, but you’ll miss out on critical and exciting points in the game.

The primary rule for baseball is ‘Enjoy the Game and Don’t follow the Score!’. Whether pro or an amateur to the sport, watching the game should be a comfortable and thrilling experience for you. If you are new to the game and looking forward to enjoying the next match, here are a few baseball terms worth learning.

This refers to any pitch that is in the strike zone. A strike also denotes any time a hitter swings at a pitch but misses it. In any at-bat, the batter has a maximum of three strikes to hit the ball.

The strike zone is the area between the bottom of the batter’s knees to the midpoint between the top of his shoulders and the top of his pants. The hitter must throw the ball through this imaginary box for it to be a strike. The umpire deems the pitch as a ball if it’s thrown outside this zone.

It refers to the current number of balls and strikes that have been thrown. You’ll hear the announcer say something like “one and two count” or “full count.” If the batter has one ball and two strikes, that’s a 1-2 count. A full count, also denoted as 3-2, is reached when there are three balls and two strikes. Being “behind count” means that the batter has more strikes than balls at his bat. 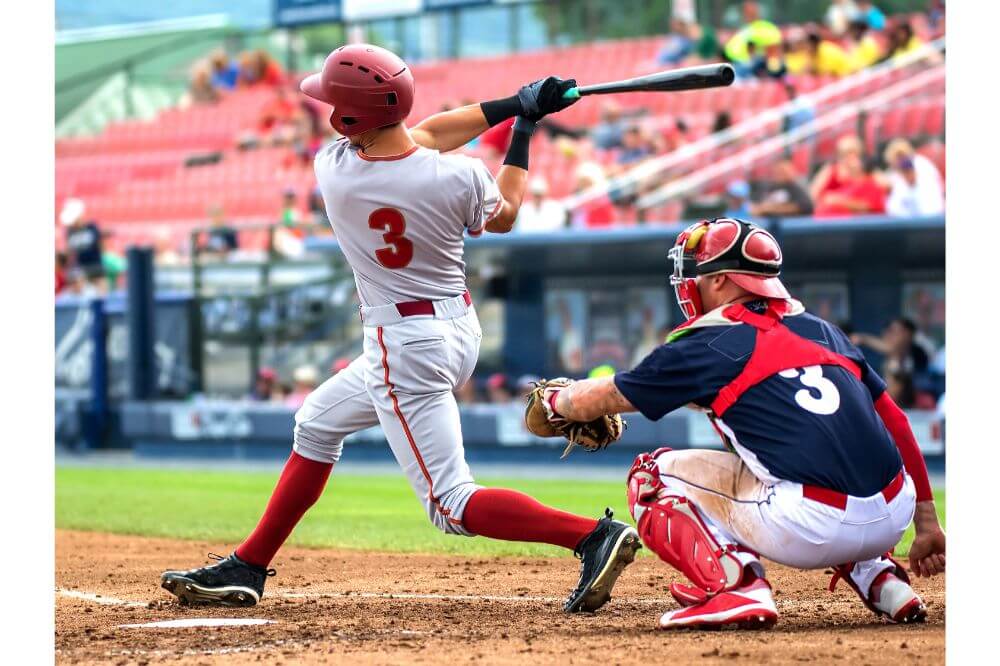 Also known as a breaking pitch, breaking ball refers to a situation where the thrown pitch does not take a straight path while approaching the batter. It’s any pitch that breaks, including a slider or curveball. Breaking pitches often hit the ground before reaching the plate; therefore, there’s minimal chance for a catcher to receive them.

These baseball terms show the number of bases a batter gets from a hit. Single means that the batter only advances to the first base. A double indicates that the batter has reached the second base, while a triple denotes reaching the third base.

7. Hitting for the Cycle

It’s a situation whereby one batter hits a single, double, triple and a home run in one game. Collecting hits in this order is referred to as the natural cycle. It’s known for its rarity and as one of the major accomplishments in baseball.

Base on balls refers to any pitch outside the strike zone where the hitter doesn’t swing. If the batter gets four balls, he automatically advances to the first base.

Not to be confused with a plate appearance, this baseball term refers to a batter’s turn batting against the pitcher. A hitter fails to receive credit for an at-bat at the end of his turn if he receives a BB, is hit by a pitch or is awarded the first base because of obstruction

Known in full as ‘run batted in,’ it credits a batter for playing in a way that creates an opportunity for scoring a run. When the batter bats a hit creating a chance for a fielder in a higher base to score a run (R), the hitter is credited for batting in that run.

This is a walk-off home run that ends the game, giving the home team a win during the last or extra inning of the game. The losing team, in this case, the visiting team, walks off the field immediately without finishing the inning.

A balk occurs when the pitcher illegally deceives the runner or hitter. Actions deemed as balk include dropping the ball once you are set and deceptively attempting to pick off. If a balk is called when the runners are on base, they are all moved to one base.

Total plate appearances determine the players that qualify for the batting title. A team’s plate appearance is obtained from its runs, men remaining on the base, and those removed.

A foul ball is any batted ball that settles between home and first base or third base without bouncing over. Foul poles and foul lines demarcate fair territory. A batted ball that first contacts a fielder while in foul territory is considered a foul. Also, hit balls that leave the park without striking the foul poles are deemed foul.

Popularly known as the pen, it’s where the middle and late-inning relievers warm-up before entering a game. It usually takes a pitcher at most ten minutes to warm-up. Pitchers are mostly replaced at the end of an at-bat unless an injury occurs during the at-bat. Bull-penning is whereby you cycle through all your pitchers in short time bursts.

Also referred to as force play, this is when the base runner is compelled to vacate his base. It happens when the batter becomes a baserunner and a fielder tags the next base before the runner reaches it.

Different from the force out, the base runner legally loses possession of his base when a fielder touches him with the ball while the runner is not touching a base. Tag plays are generally more challenging to implement than force plays.

The above terms are just but a cursory glance at the existing baseball jargon but will go a long way in helping you understand the game better. Baseball announcers keep coming up with new terms with each game. Armed with an understanding of these terms, be sure to experience unmatched fun during the next match.